After the mass shooting in the Atlanta-area in which six women of Asian descent were killed, Dr. Michelle Lee spoke as a community activist and health care worker at the largest AAPI (Asian American and Pacific Islander Heritage) rally in Manhattan’s Chinatown. 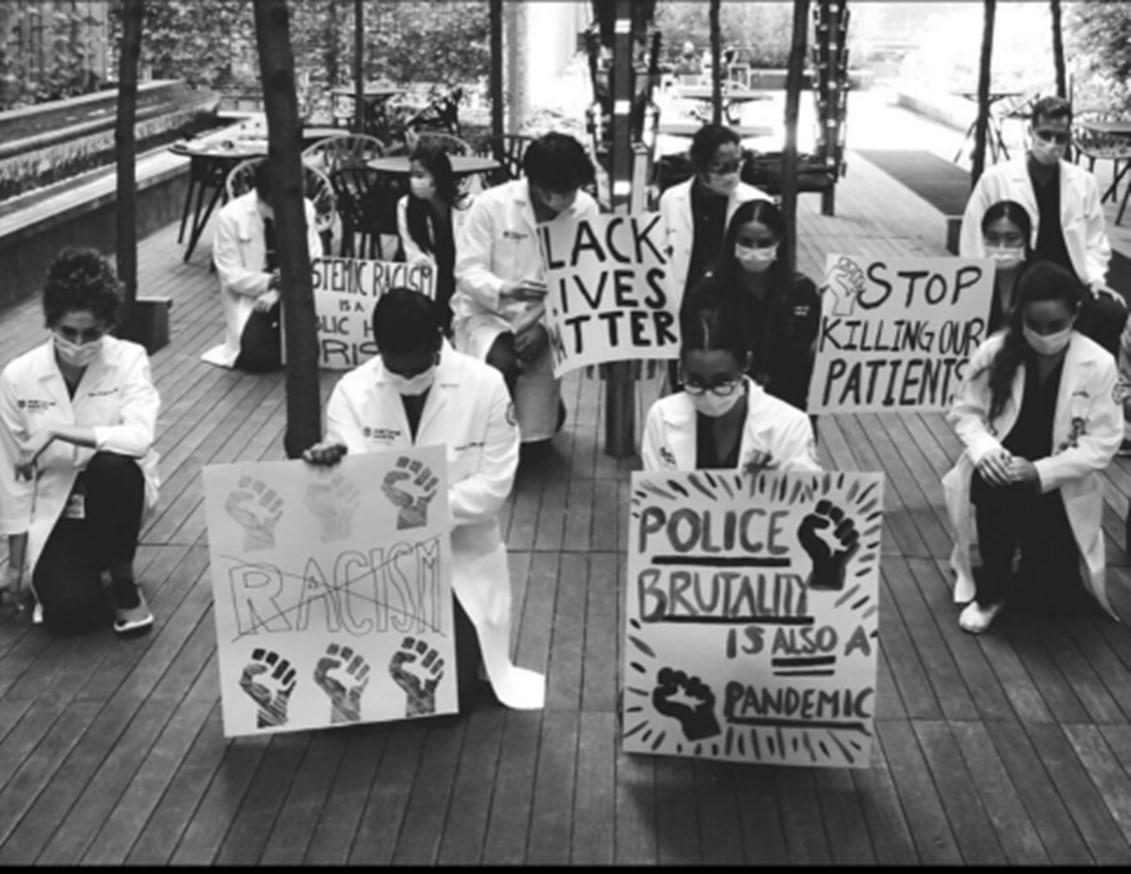 In addition to recognizing that AAPI people have faced a tide of harassment and attacks during the COVID19 pandemic, she spoke about her experience with being racially targeted while working round the clock to keep people from dying. During this event, she spoke on the same stage as Senator Chuck Schumer, BLM activist Nupol Kiazolu, and Mayoral Candidate Andrew Yang.

Thereafter, she has been interviewed and/or featured in over 24 news outlets. In addition, she has lectured and led discussions on AAPI health issues at NYP Hospital, Mercer College of Georgia, and Stony Brook University Hospital. Finally, she was recognized as a healthcare hero by NYP Hospital during AAPI Heritage Month 2021.

In June 2020, a group of residents partook in the peaceful protests to show their support for the Black Lives Matters movement, condemning racism and standing in support of diversity, inclusion, and equal rights for all. 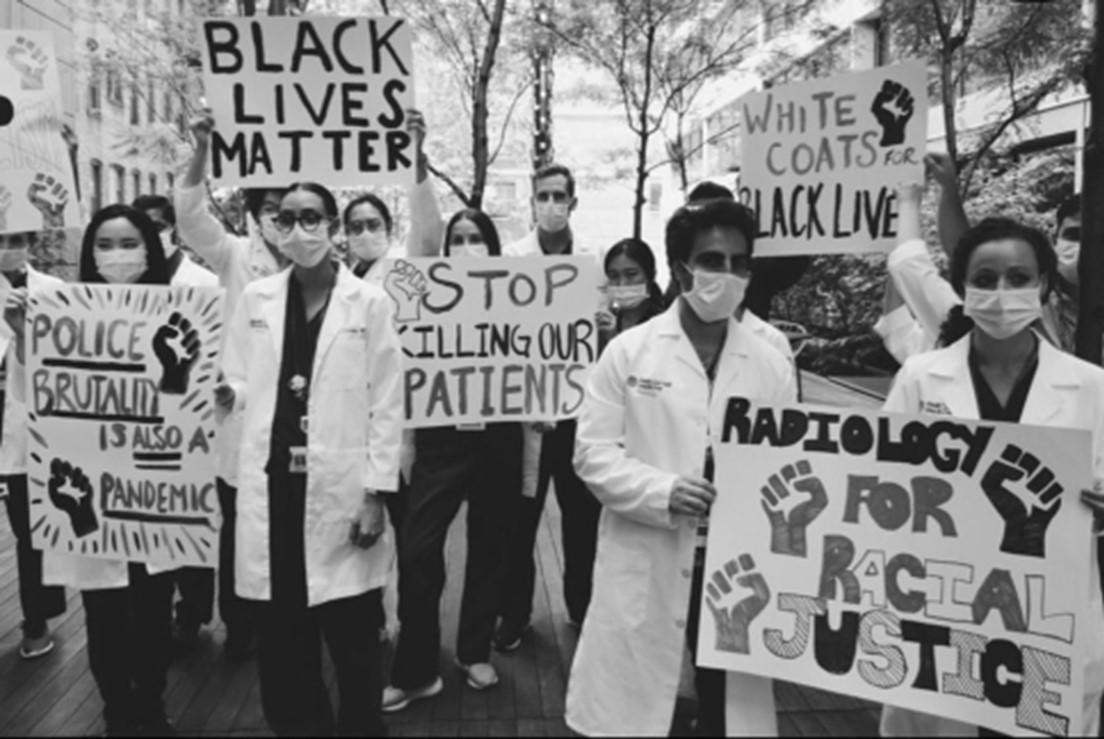 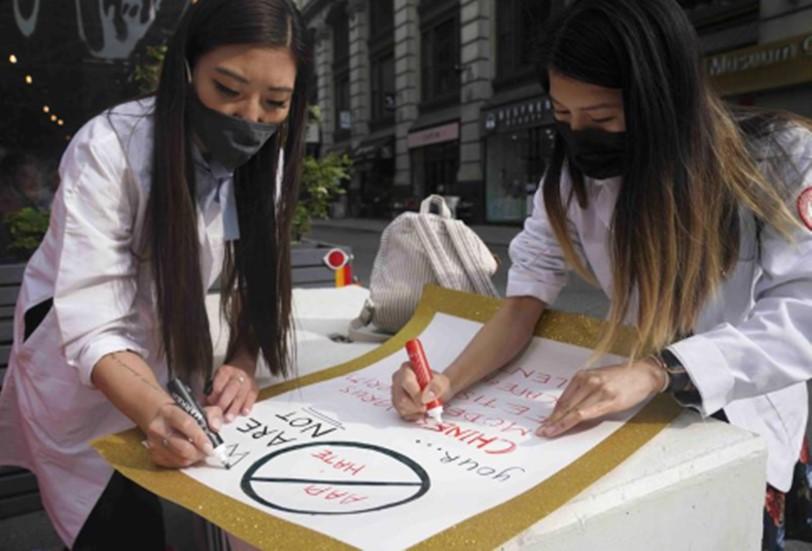 In support of the AAPI community, Dr. Michelle founded the White Coats Against Asian Hate and, along with Dr. Connie Lu, helped organize residents and faculty to participate in peaceful protests to denounce hate crimes and mounting anti-Asian hate. 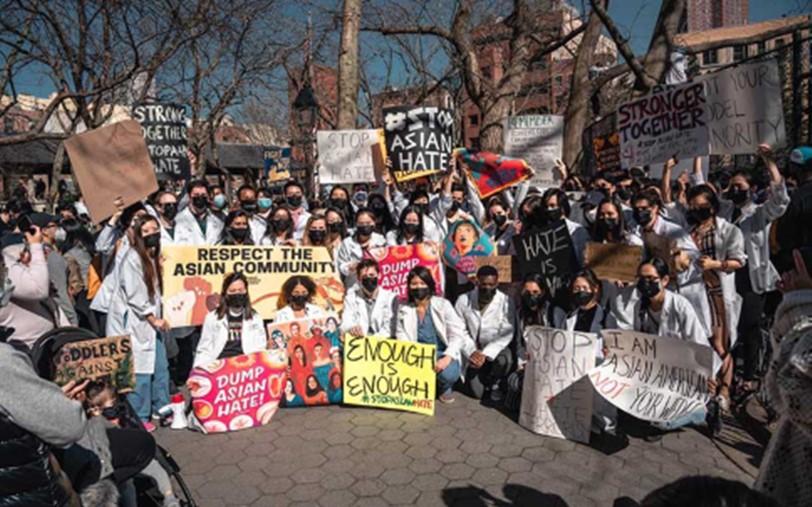 Is Radiology Falling Behind?

Our first-year resident, Lisa Americo, published an article as first author entitled “Analysis of Literature Regarding Health Care Disparities in Radiology: Is Radiology Falling Behind?” in Academic Radiology which speaks about  radiology ‘s recent push towards understanding health care disparities and encourages the field to continue its development of research and curricula on the matter.